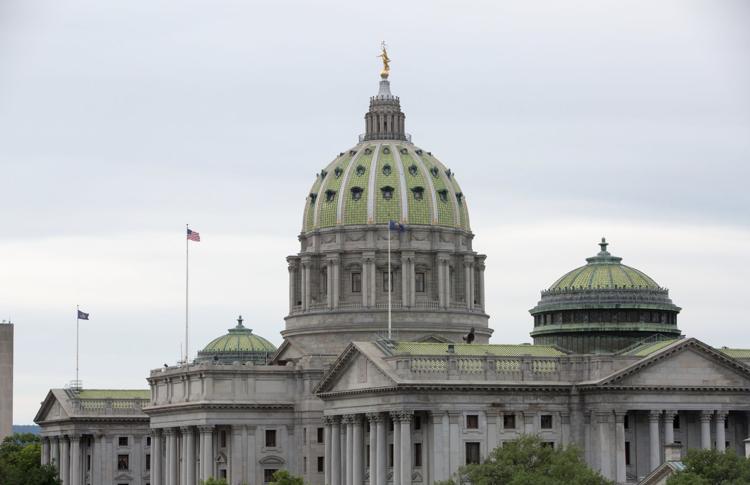 Pennsylvania’s lawmakers may be working from home, but they’re still introducing a number of bills to deal with the fallout from the coronavirus.

Here’s a rundown of what they’ve proposed so far.

Rep. Frank Ryan (R., Lebanon) plans to introduce a bill that would establish a continuity operation center within the Pennsylvania Emergency Management Agency.

Health system preparedness
To encourage Pennsylvania’s health systems to make the investment in more ventilators, Rep. Martina White (R., Philadelphia) will introduce a measure to create a state buyback program for unused equipment. She wants to use this legislation for Pennsylvania to “build up a strategic reserve” of health supplies that could be purchased or borrowed by other states.

Privacy
Sen. Doug Mastriano (R., Franklin) is drafting a resolution that would call on the federal government to suspend privacy regulations for people who have tested positive for COVID-19. There should be “full disclosure of anyone who came within immediate contact of any contaminated citizen,” Mastriano said in a statement, “until the COVID-19 crisis passes.”

Rent
Lawmakers are drafting a bill to limit landlords’ right to evict tenants when a governor declares a state of emergency. The measure, from Rep. Mary Isaacson (D., Philadelphia) and Rep. Summer Lee (D., Allegheny), would “provide an exemption from eviction for workers who are unemployed, separated from their employment, or unable to find employment.”

Rep. Martina White (R., Philadelphia) plans to introduce a measure that would speed up the state’s Property Tax and Rent Rebate program to issue payments before the scheduled start date of July 1.

Schools
Sen. Andy Dinniman (D., Chester) is drafting a measure that would give school districts authority to deliver online instruction until the end of the academic year.

Sen. Scott Martin (R., Lancaster) has proposed a bill that would require colleges and universities closed because of COVID-19 to refund all fees paid in advance, including room and board. The prorated refund would only apply from the date the institution shuttered through the end of the semester.

Rep. Adam Ravenstahl (D., Allegheny) wants to build on the Flexible Instructional Day program, which was created last year so schools could meet online for up to five days in the event of a school cancellation from bad weather. Ravenstahl’s proposed measure would allow schools to submit their flexible instruction plans at any time and allow the Department of Education to add additional days during an emergency declaration.

To address the many requirements students and teachers must meet to receive credit for a given school year, Sen. Wayne Langerholc (R., Cambria) and Rep. Curtis Sonney (R., Erie) will introduce legislation to waive many of these time requirements like the 180 instructional days for students, the standardized exams for technical education students, and the 12-week student teacher preparation requirement. This bill would also ensure teachers and charter schools receive payments as scheduled.

Sick leave
Rep. Joe Hohenstein (D., Philadelphia) and Sen. Larry Farnese (D., Philadelphia) want to require paid sick leave for any workers left out by a federal bill signed by President Donald Trump, which is limited to workers who need to care for their children. The state legislation would also require employers to reinstate workers when they return from leave.

Small businesses
To lessen the impact on small businesses, Sen. Tom Killion (R., Chester) plans to introduce legislation that would direct table game revenue to the Department of Community and Economic Development to create zero-interest loans.

Reps. Valerie Gaydos (R., Allegheny) and Jared Solomon (D., Philadelphia) also plan to introduce legislation to create low-to-no interest loans to help small businesses survive. The bill will outline two types of loans: one will be short-term funding to meet payroll and overhead expenses; the other will be for “long-term resiliency” to help businesses recover over time.

Some companies have business interruption insurance that doesn’t apply to outbreaks during public health emergencies. Sen. Vincent Hughes, (D., Philadelphia) wants to “temporarily override” this provision and all businesses to submit claims.

Rep. Aaron Kaufer (R., Luzerne) plans to introduce a measure that would request a waiver from the federal government to allow those who are self-employed to collect unemployment compensation.

Taxes and filing
Rep. David Rowe (R., Union) and Rep. Frank Ryan (R., Lebanon) are writing a measure that would suspend sales and personal income tax collection until the disaster declaration is lifted.

The IRS has changed its tax-filing deadline from April 15 to July 15. Rep. Joe Ciresi (D., Montgomery) plans to introduce legislation that would apply a 60-day extension for Pennsylvanians to file state income taxes when the state is under a disaster declaration.

Voting
All Pennsylvanians are now eligible to vote by mail. Rep. Kevin Boyle (D., Philadelphia) and Sen. Daylin Leach (D., Montgomery) want to encourage that by mailing all voters that kind of ballot ahead of the April 28 primary.

As county elections officials plead with the state to push back Pennsylvania’s primary, Sen. Anthony Williams wants to amend the state elections code to give the governor a “one-time authorization” to postpone the April 28 election to “a date not later than 15 days prior to the first nominating convention.”

Worker rights and consumer protections
A proposed state Senate bill would support workers while quarantined or in isolation during a public health emergency. Sen. Steve Santarsiero (D., Bucks) said in a memo to his colleagues that Pennsylvania does not have a law that addresses whether an employer can fire a worker under these conditions during a state of emergency.

For anyone who bought tickets to an event that has been canceled due to COVID-19, Rep. Mike Driscoll (D., Philadelphia) will introduce a bill that would require the ticket issuer to provide a full refund within 30 days of a consumer request when the state is under an emergency declaration.

Stay Up To Date!